Election of the new Deacon Convener

The Cordiners were represented at the election of the new Deacon Convener of the Incorporated Trades of Glasgow this morning by Deacon Bergman, Late then Ex-Convener Dorward, Late Deacon MacDonald and ex-Deacons Lennox and Devlin.

In the course of the Meeting. the last of the "Old House", Cordiner Late Deacon Convener, Dr Alastair Dorward, became an Ex-Convener and Ex-Deacon Devlin stood down from the House. 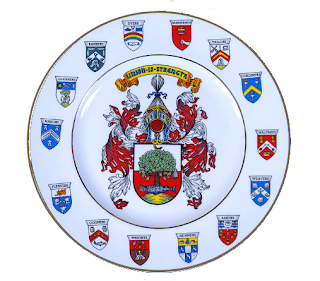 The new House had its first meeting later in the morning. The Cordiner representation to the House, on which as one of the four oldest Crafts, we have six places, will now be:
Deacon Dr. Beverly Bergman, Ex-Convener Dr Alastair Dorward, Collector Brian MacAlinden CBE, Late Deacon Professor Ewan MacDonald OBE, Ex-Deacon Dr Iain Lennox and Ex-Deacon Dr Adrian Pierotti.

We mark International Heraldry Day by celebrating the Heraldry of the Trades Hall of Glasgow. Here is the famous Trades Window bearing the a... 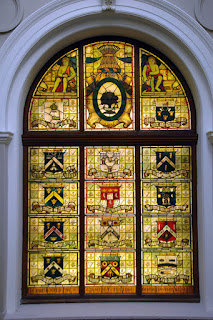